The Golden Section or Spiral

You may have heard of the Golden Section, the Golden Spiral or the phrase "Fibonacci Sequence' before, particularly if you read the "Da Vinci Code".

The Fibonacci sequence is a series of numbers:

We can translate these figures into geometric shapes and use them when composing our drawings.

The sides of the squares are the total of each stage. Let's just look at the shapes rearranged a little, and then with a curve drawn round opposite corners. Can you see a spiral in the curve? 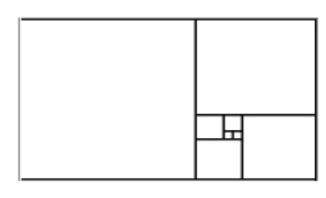 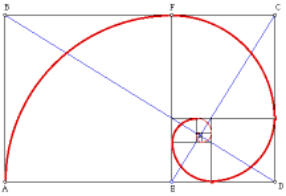 The Fibonacci sequence in nature

The Fibonacci sequence is found throughout nature. Just look at the following three natural forms that all use it. 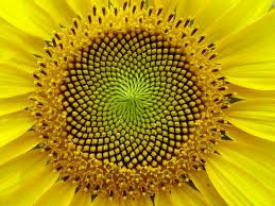 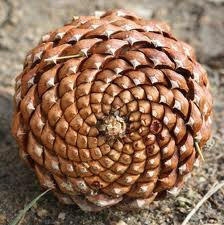 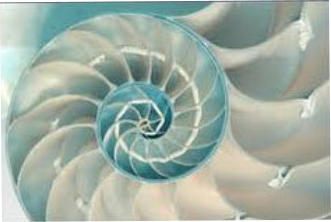 However, the photos above have not been composed with the golden section in mind.

Composing with the Golden Spiral

In photo editing apps, such as Lightoom, you can chose to crop according to a variety of ratios, one of which is the Golden Spiral. I have taken screenshots of two of my photos showing how I composed with this in mind.

I aimed to get the centre of the rose, below, in the ideal position with the curve echoing the bottom edge of the flower. 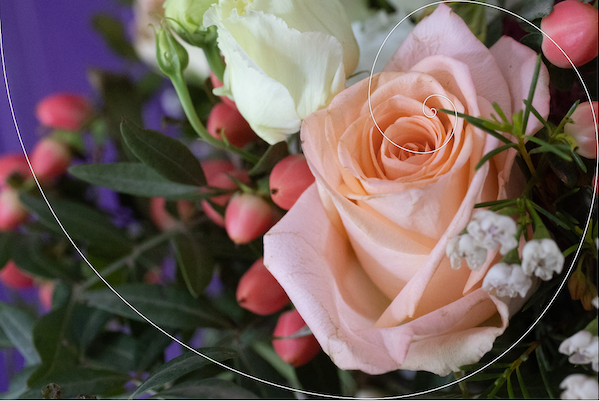 The butterfly in the next photo also shows that the guidelines can be rotated to fit your composition. 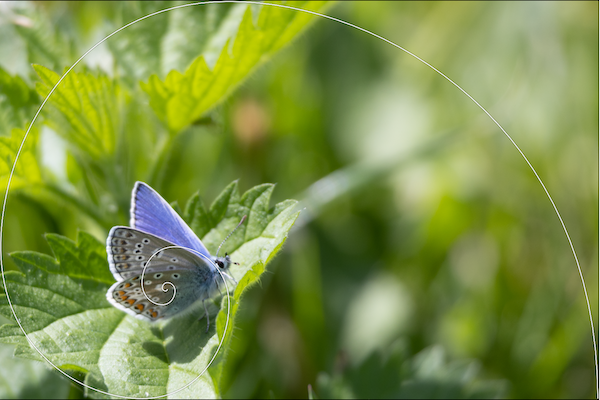 The golden section, or ideal position, is approximately 5/8 of the way across the picture. Artists throughout history have placed the focal point of the picture at this position, but it is not set in stone. It is a guide only.

Look at an Internet search engine for ‘Golden Section’ and you will soon get bogged down in calculations and algebra symbols.

The two essential things to keep in mind are the facts...

Keep in mind that both artists and photographers are encouraged to put the horizon line roughly one third from the top or bottom of our compositions. This obeys the rule of thirds rather than the golden section but the end result is similar.

Please note these are all copyright - so don't go copying them! 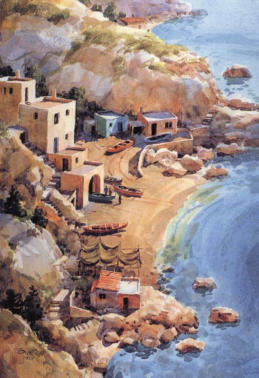 This is a lovely composition, and you will note that the major elements of the picture are all away from the centre point of the picture where the road comes down to the beach.  The light coloured building which has the lightest light of the end wall adjoining the darkest dark of the shadow, is on one of the golden section points.  Draw a line vertically down a three eighths section from the left and most of the major features fall within it.

The crashing wave shows enormous power and the line of the wave foot is not central but approximately on the five eighths line.

The dark area to the left where the wave has still to break makes a meeting with the foam at the golden section point. 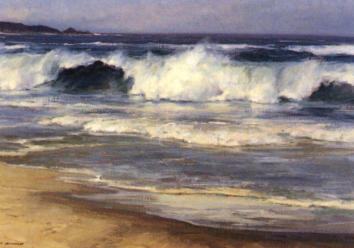 Back Place in Rain, Melbourne - Watercolour by Greg Allen 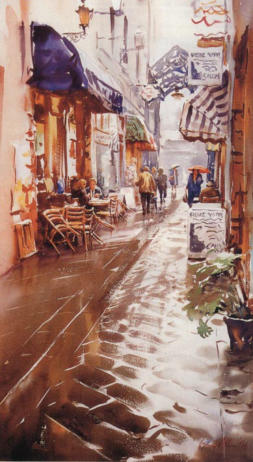 An amazing artwork with a lovely feel to it.

Just look at the lady in the blue coat and orange brolly. She is on the five eighths line from the left and the umbrella is close to that magic golden section point.

Once again there is little detail at the centre.

Look where the figure stands - OK not far off central but on the important line three eighths from the bottom of the picture.

There a lot of nice compositional touches here, but like all the images shown, you can look around and see how the artist avoids the dead centre ground and piles on the detail around the edges of the small block in the centre formed around the golden section points. 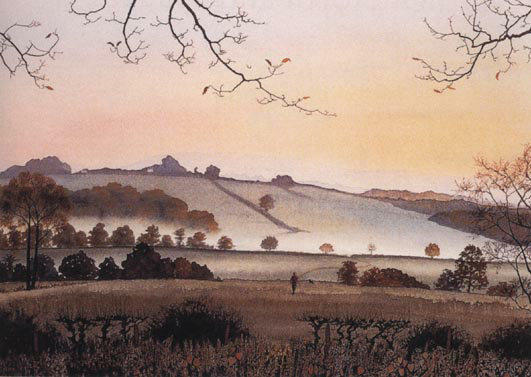 Have you tried using the Golden Section?

Don’t get too worried about this area of composition.  The rules are not set in stone, and the picture police will not come calling if you put your main feature in the centre.  Sometimes it can’t be avoided.

And like all rules, there are plenty of cases where the rule is proved by the breach of it.