The more time you spend planning the composition of your coloured pencil drawings, the easier they will be to execute.

On this page, we walk through some steps taken in one such project, created by Peter, that also involves introducing watercolour pencils as an underpainting.

The scene is a view of the Grand Union Canal as it passes through Milton Keynes, close to Peter's home.

We use canals for leisure now but this wasn't always so! 200 years ago they were used mostly by horse-drawn narrowboats.

In 1935 however, that all changed when the government invested £2 million into modernizing the 300 mile long stretch between Birmingham (UK) & Liverpool which is the longest single continuous section still existing anywhere in the UK today. 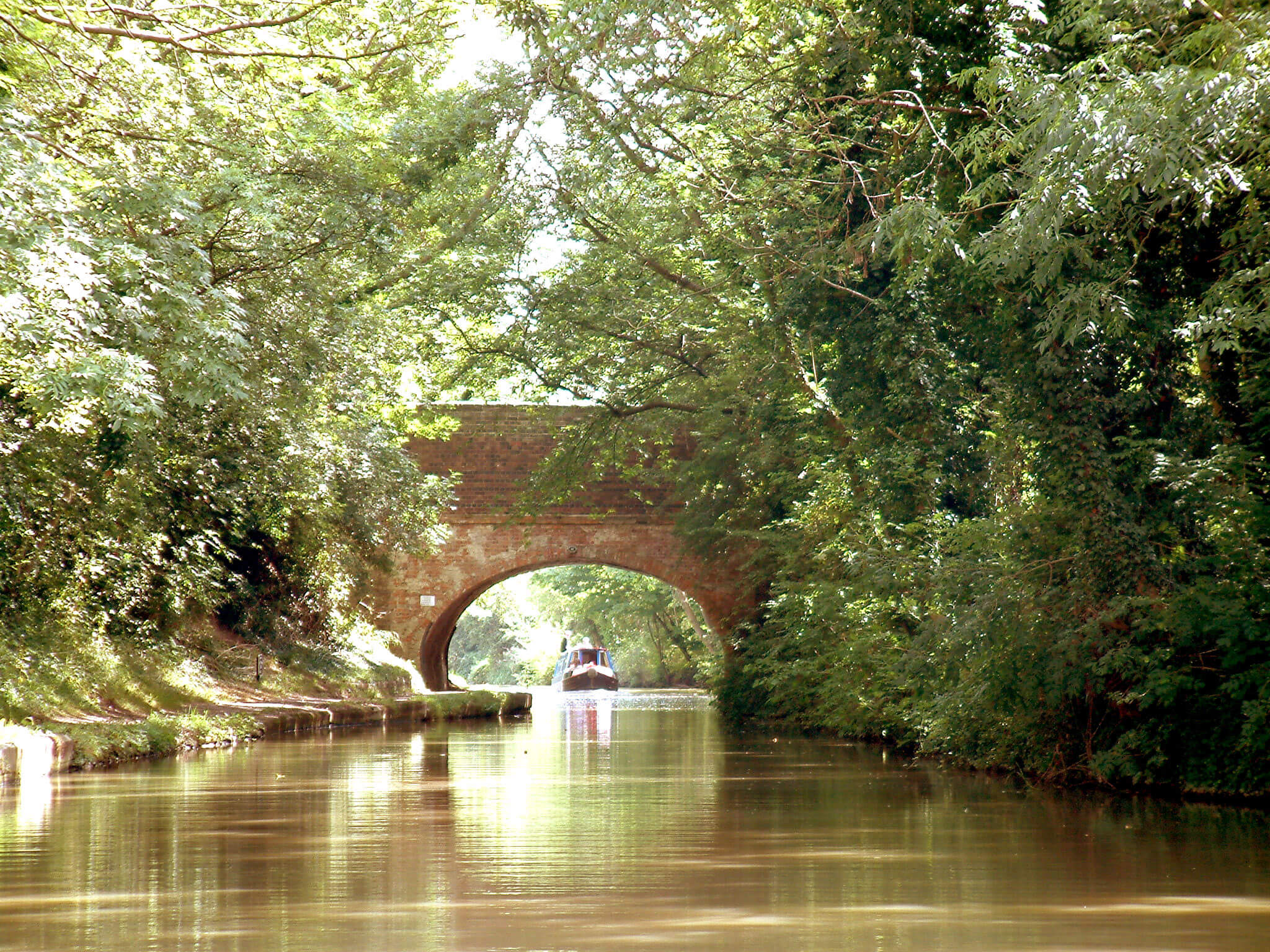 Study the photo shown above.

The focal point is the oncoming boat coming through the arch of the bridge. However, the dark foliage to the right made the picture unbalanced. Peter needed to either add something dark on the left or to brighten up that dark foliage. An extra boat with a dark reflection, added from a different photo, solved that compositional issue. 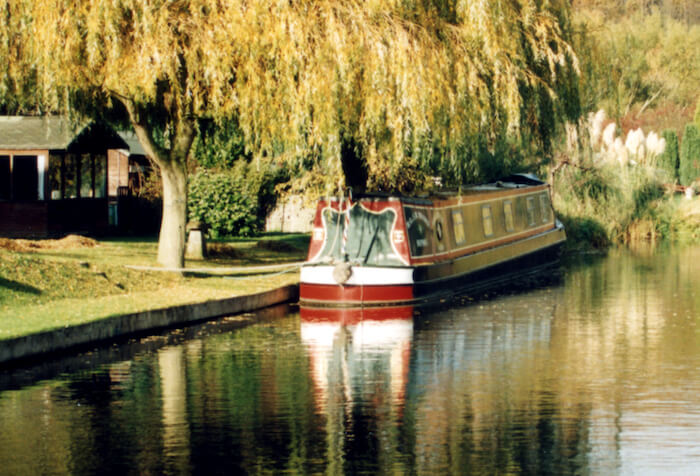 A second photo of a narrow boat 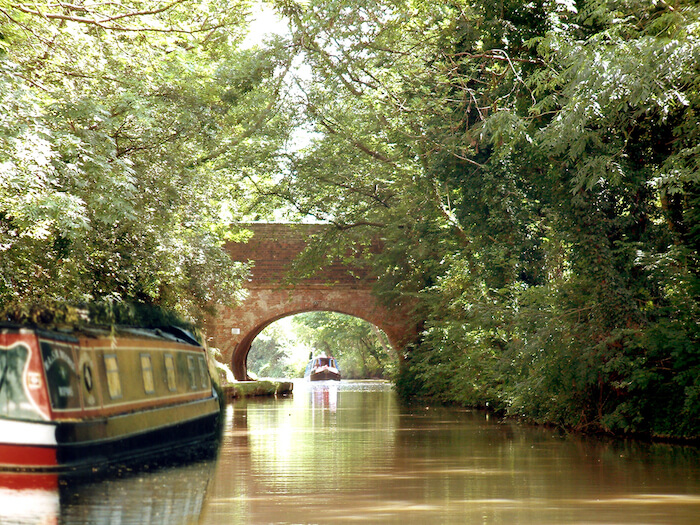 The boats’ positions also helped to add depth and perspective to the composition. As objects get further away from us, they will appear smaller even if they are actually the same size as something in the foreground. This composition exaggerates these proportions for added drama.

If you haven't drawn boats before check out Peter's page here for help.

To create the image, we will use Fabriano 5 watercolour paper which has an excellent white surface. It takes wet processes well and also has enough tooth to for the dry pencil techniques we will add later in our project!

Our first task is to draw out the image and transfer it to our paper.

﻿Peter chose a handful of watercolour pencil colours, many of which matched the Polychromos pencils he will use later. The selection was...

Using a sharp craft knife he scraped  pigment from the pencil points onto a white palette and mixed a thin wash from each colour. 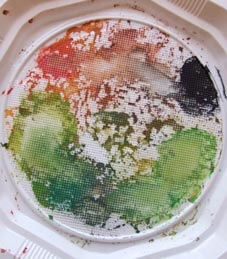 The rule here is to use two thin coats of colour rather than one thick one, and then build up layers of dry colour on top with more specific tints. 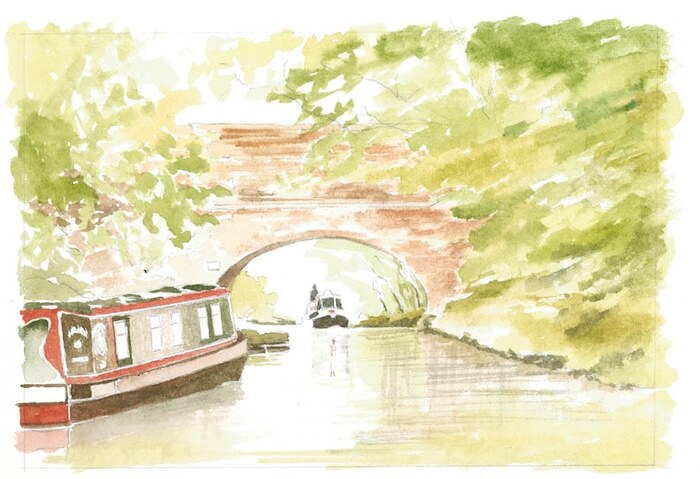 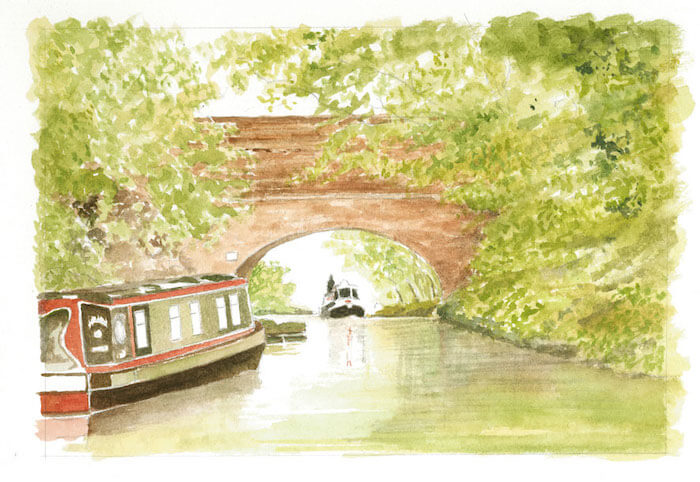 Just as in working fully dry coloured pencil drawings, it is essential to imitate the surface you are depicting with your pencil strokes. Apply colour to the area of foliage by dabbing the pencil, while taking horizontal strokes for the water.

Aim to keep the contrast of the dark and light areas on the boat nearest to us.

The color chart here shows the greens from the Polychromos range, in the order we used them.

We used the darker colours to deepen the shadows under the overhanging branches on the right. Then, using the same pencils, we applied horizontal strokes to the water surface.

Walnut brown and Sanguine are used to apply shadow areas to the side of the bridge brickwork, the same colours are used to insert bricks into the foliage over the bridge arch.

Remember that the light catches the bricks along their top edge and leaves a line of shadow on the lower part. If working this image at leisure, try adding more definition than Peter's students were able to in class! 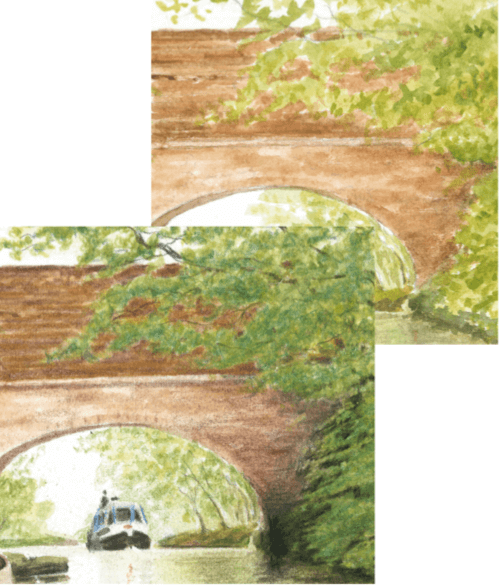 The upper right-hand side trees and the layers of "scribble" strokes that were applied in this area, using different colours, can be seen on the close up below.

If you were working with dry point aquarelles at this stage, you could use a damp brush tip to draw, blend and shape the colours into more detailed foliage. 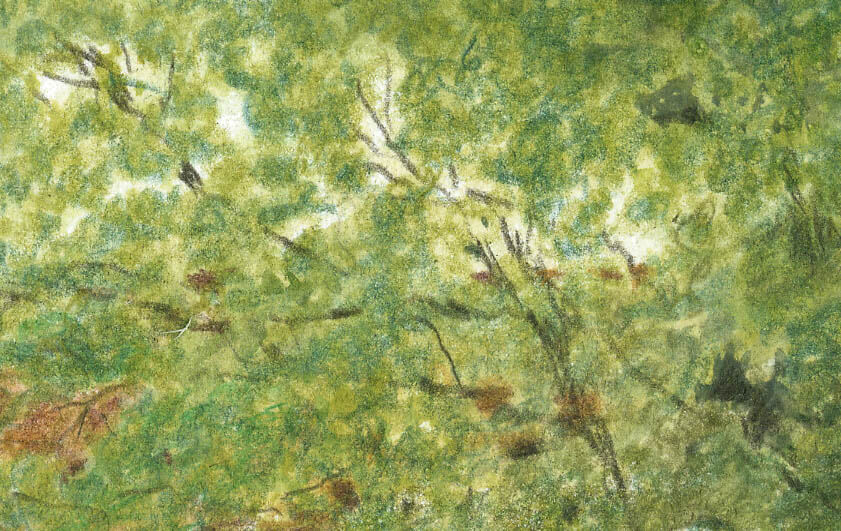 Taken from another of Peter’s coloured pencil drawings, the example below shows how he worked the colours once there were a good number of dry layers in position.

Don’t restrict yourself to just greens - incorporate ochres, browns and darks such as sepia.

Use a sharp, dry pointed pencil for the darkest areas, studying photographs if necessary to see how the shadows form. 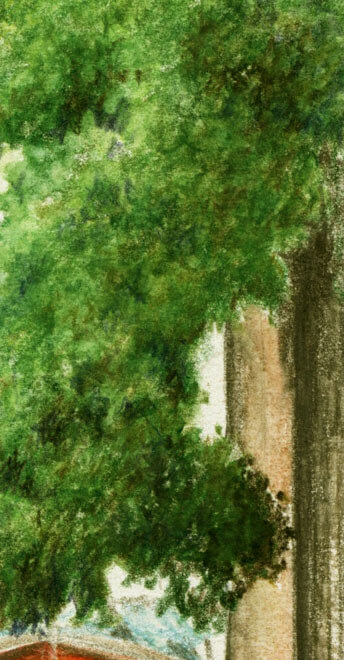 Water is a great way to show what's hidden in the depths of an image. Shapes are broken up by disturbances like waves or boats, but still maintain some relation with the surroundings that created them. There will be lighter spots in regions where the sunlight reaches its full potential.

As you will see in the photo, the distant trees produce vertical reflections. Peter was losing the tooth of his paper and therefore they are not as defined in his painting. 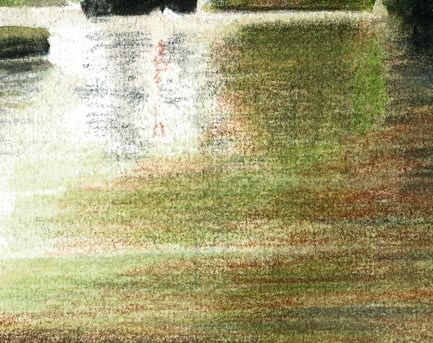 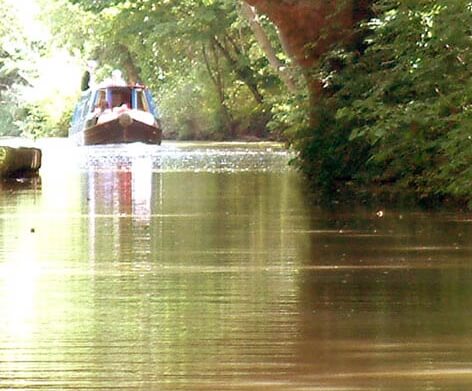 Let’s look at how Peter worked the nearby narrowboat.

The side of the boat is highlighted with a glowing reflection that serves to draw your eye in. The pale line below her hull gives depth and sharpness across what would otherwise be a flat solid area.

The strong red paintwork catches attention at first glance because the vibrant colour stands out from its black and white surroundings.

A slight shadow along the bottom edge and a ripple lifted out of the water using an eraser, completes the picture. 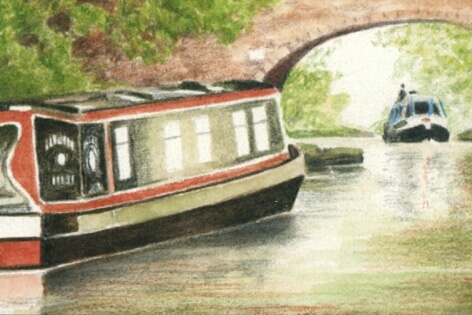 Below is the last scan of this, one of Peter's effective but quick to work coloured pencil drawings. 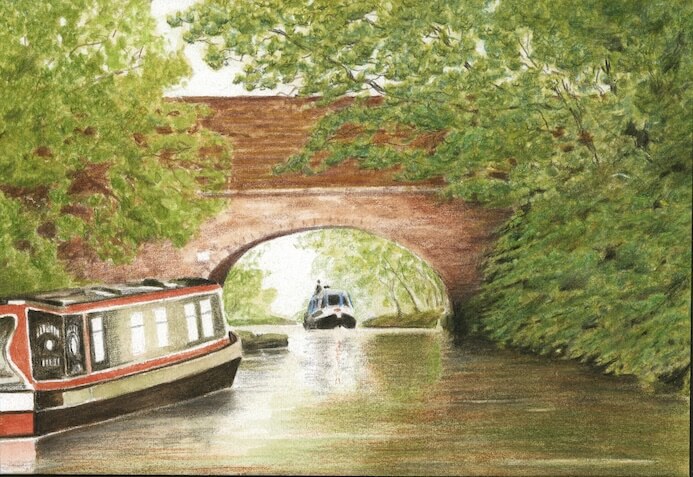